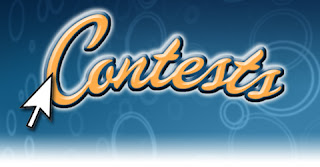 I recently wrote about things on Twitter that need to stop ("7 Twitter Crimes That Need to be Outlawed"). Number Four was "Questionable Contests". Today, I'm so freakin' disgusted that good ole' number four is gonna get its very own rant. Let's get started.

Early last month, I visited the blog of a Twitter connection who was hosting a contest and giving away a book. Leave a comment to enter, easy enough. In black and white it said the winner would be selected on Monday (which was only five days away). I left a comment, a wonderfully witty one at that, and then went about living my glamorous life. Today, I was catching up on some stuff and remembered the contest. I went back to the site to see who the winner was, but the post hadn't been updated. I then tweeted the blogger to ask who won the contest.

Now, the plus side is that the person did respond to my question. The flip side was this response: "Haven't picked a winner yet. I am gonna promote it to my list tomorrow and pick one by Monday!" Let's keep in mind I inquired more than a month after the winner should have been selected.

I'm sick of this bad behavior. It's at epidemic proportions online. These people who sponsor shady contests should be ashamed of themselves. Heck, there are state and federal laws in place to ensure that contests are conducted in a fair and honest manner. Unfortunately, enforcement is non-existent when it comes to the small potato stuff like this. But, it shouldn't take a government agency to make you keep your word! You say you're gonna do something; do it. That's how my mama raised me; I'm sure yours did, too.

The sad thing is, this is not just the action of a misfit living in his family's basement getting a cheap laugh from spitting in the face of the establishment. This example comes from someone who appears to have worked very hard to create an online presence, to reinvent his career, and who also makes a decent amount of money promoting his "knowledge" of the social media space. Although he's not an A-lister, he's someone who gets to hang out with the big name people and has a Twitter handle that many people know. And, please don't try to tell me the guy's busy and forgot. I'm not buying it. Be accountable. That's the first rule in business.

This should probably be the point where I tell you who the guy is and get the linch mob all riled up. But, professionalism dictates that I don't. What I will tell you is this:

Don't promote shysters
When you see someone online exhibiting behavior that doesn't earn your respect, don't engage with them just because you see other people doing it. Lots of folks will support others with the goal of getting noticed. But, do you really want to be noticed by a charlatan? I don't.

You are judged by the company you keep
I have now unfollowed this person on Twitter. I take great efforts to surround myself with people who hold themselves to a certain standard. Those who live their lives with integrity, honesty, and moral fortitude. This guy comes up short and isn't someone I want to be associated with. I'm done.

Protect your reputation
When you talk with someone online, you're implying to some degree that you think they're alright. If you take that further and retweet their blog post, share their contest, or promote their event, you're telling your network that you approve of this person. It's essentially vouching for them. The reputation you've established may sway people to participate, enroll, or otherwise support the person in question. Your reputation is at stake with every bit of information you share.

Yes, all of us who have a blog want good traffic. Me included. However, trying to increase traffic to a site by sponsoring a contest and then not awarding the prize? That's sleezy.

As for this blogger, I am truly honored that you've taken time out of your busy lives to visit my site. I am humbled that you're here and I don't take your readership for granted. I would never betray you, mislead you, or lie to you. That is my oath. That is my word. You can count on it--and me.

Thanks for reading. Now, let's get out there and clean up the Web, eh?
Posted by Amber Avines at 7:46 AM