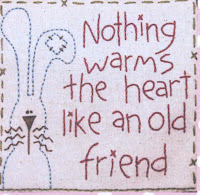 Have you ever reconnected with someone online and wish you hadn't? How about friending someone whom you've quickly discovered that you've outgrown? Are some people better left in the past?
Posted by Amber Avines at 7:42 AM 44 comments:

Social media and the Amish

If you're reading this post, you found it because you spend time online. Chances are you saw a tweet, a Facebook update, or some other social platform with this link on it. Frankly, I'm grateful that you're here. But, you know who won't be stopping by my blog today? The Amish.

This month, my power got knocked out for two days because of a wind storm. My landline and cell phone were both down, too. For more than 50 hours I didn't have technology and it reminded me of how life might be for the Amish. After the initial social media withdrawals subsided, I actually felt really relaxed. Nothing to log in to, nothing to maintain. It was liberating!

In this uber-connected world, more and more people are complaining of social media burnout. Too many platforms to update and a plethora of needless information. If you're Amish, however, your days are busy, but lack the ever-growing demands of technology.  Just think about it.

You tell your family that it was a good meal.
Tweeting it to someone who's five feet away from you isn't necessary.

You say hello to the shop keeper to let him know you're in the store.
No need to check-in via Foursquare.

You do things because getting something accomplished is it's own reward.
Yes, actually people do things that don't earn them badges!

You write love letters to your sweetheart.
Because love means more than just changing your Facebook status to "in a relationship".

Your skills and abilities are widely-known throughout the community.
No need to maintain a LinkedIn profile.

You sing whatever song comes into your head.
You don't have to search through other people's Spotify playlists to entertain yourself.

You do business with someone because your family has had a relationship with that person for generations.
No reason to log on to Yelp to read or write reviews.

You use circles for knitting or storytelling.
Remember before Google+ when you didn't judge yourself by the number of circles you were in?

Your friends are people you know and like.
No hurt feelings if someone doesn't follow you back or accept your friend request.


There's much to be said about living a life of simple abundance. Technology is great and social media is fantastic, but it can take a toll on our frazzled minds. So, why not take a break from it all this weekend?

Pretend that you're vacationing in an Amish town. Set down the smartphone, turn off the laptop, and enjoy the things that really matter. Have a conversation, nurture offline relationships, and focus on what and who is in front of you. After you stop shaking and sweating from the social media deprivation, you just may feel calmer. I know I did.


Disclaimer: I've always been fascinated by the Amish and this post is in no way meant to be disparaging. I understand that this post may include some generalizations that don't apply to all Amish sects. I also realize some teens who go through Rumspringa do not return to the Amish way of life and may be using technology and all the other amenities of the 21st century. This disclaimer is written by someone who has absolutely no legal training, but watched all eight seasons of The Practice. 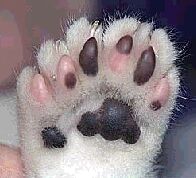 No one succeeds in this life by being ordinary. To succeed, you must set yourself, your business, or your product apart from the competition. To do this, it frequently requires the ability to see beyond the traditional. Case in point, the Milwaukee Animal Rescue Center.

The shelter was facing a rent increase of 100% and was scrambling to raise funds to buy a building where all their animals would be safe. One of those animals is Daniel, an orange and white tabby who happens to be polydactyl (meaning he has 26 toes instead of the standard 18). Someone at the shelter had the brilliant idea of centering their fundraising efforts around Daniel, asking supporters to each donate $26 to the building fund--$1 for each toe!

The shelter has raised $80,000 dollars so far, $50,000 of that coming from $26 donations. Now, this is a creative promotion that has really delivered! (Daniel has since been given permanent residency at the shelter and is its honorary mascot. To donate to the relocation efforts, click HERE)

So, I ask, would you look at a kitty with way too many toes and see a freak? Or would you see a solution to your money woes? What are you looking at each and every day and completely ignoring? Is opportunity right in front of your eyes, but you can't see it?

When I first started my blogging journey, I wondered who in the world would want to read what I have to say. Everyone's busy and I'm just an Average Jane. Who cares about my take on things?

In the beginning, when no one visited, commented, or shared, I told myself to stick with it. Now, years later, I am so happy that I kept plugging away. Today, I'm so incredibly thankful for the great people who have come into my life as a result of this blog and the wonderful opportunities that have presented themselves. As they say, nothing worth having comes easy.

That said, I give you the top 10 things I'm grateful for as blogger:

1. Every person who has ever taken the time to visit my blog. Whether you stayed, left, or came back, I'm thankful you took the time to see what I have to offer.

2. The amazing folks who chime in on the comments. You are the lifeblood of Words Done Write. Your opinions, information, and thoughts further the discussions here and help the conversation evolve.

4. The wonderful subscribers who have added this blog to their readers, email, or followed through Friend Connect. I didn't offer subscriptions when I first started the blog, because I thought no one would be interested. Thank you for proving me wrong.

5. Those who have added me to their blog rolls. I'm honored that you've chosen to link to my site and share my blog with your readers. Your generosity has not gone unnoticed.

6. Fellow bloggers who have riffed on what I've written and linked back to my content. Thank you for reading and giving credit back to the initial post. You have impeccable manners!

7. Visitors who read more than one post. The blog has some oldies but goodies in it, so thank you for digging around through the archived content!

8. The fabulous people who have invited me to speak or guest blog as a result of reading my blog. Thank you for appreciating my insights and quirky style.

9. Those who have been kind enough to recognize my efforts here by writing about me or my blog. I'm honored and humbled.

10. The dedicated readers who stayed with me all the way through the last item on this list. Thank you for allowing me to be a part of your day. I know you have lots of things to do and ways to spend your time. I'm grateful you chose to squeeze me into your otherwise hectic schedules. Thank you from the bottom of my heart.


If you're a new blogger, stick with it. Your hard work will eventually pay off, so keep your chin up. If your a veteran blogger, I have no doubt that you're grateful for some of the same things I am (but let me know if I left out something!). If you don't have a blog, thank you so much for being a reader. Those of us who write are nothing without those of you who read!

Have something to share about your blogging journey? Or, perhaps, your thoughts on reading blogs? Want to share something (anything!) that you're grateful for? Sound off! The stage is yours...
Posted by Amber Avines at 7:33 AM 29 comments: