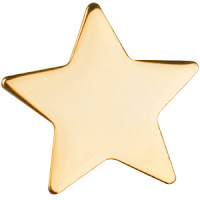 The fifth annual BlogWorld & New Media Expo just concluded & many exhausted bloggers are on planes, trains, and in cars on their way home. Lots of great information this year and some real stand out performers amongst the 4,000 attendees, 150 sessions, and 275 speakers. So, without further adieu, let's give out some gold stars!

The I'm Gonna Rock Your World Award
Best Session
Marcus Sheridan
If you didn't attend Marcus' session on 7 Blogging Ideas That Will Brand Your Business, you missed out big time. This high energy session gave attendees actual executable ideas and Marcus' enthusiastic and humorous delivery kept people on their toes and laughing throughout. If you ever have the chance to see Marcus present, you simply must go. I guarantee you'll leave the room smarter and with a few more laugh lines.


The Branding is in My DNA Award
Best Physical Branding
Mari Smith
If you don't know Mari as the Facebook Marketing maven that she is, perhaps you know her as the alluring blond in the turquoise and bling. Mari uses turquoise and sparkly things throughout her branding (e.g. website, Twitter, Facebook, etc.), but Mari takes her branding one step further. She wears it. Walking about the conference in turquoise clothing, shiny earrings, and a turquoise rolly bag, there was no way you didn't know who she was. Mari doesn't just talk branding, she oozes it in everything she does.


The I'm Totally Smart, Funny, and Know How to Make Money Award
Best Keynote
Peter Shankman
Peter is best known as the guy who started Help A Reporter Out (HARO) and who worked like a maniac to complete the Iron Man. However, I think many folks had no idea how amazingly funny this guy is. His keynote was filled with inspirational stories of how he took chances, seized opportunities, and made a ton of money because he didn't let fear hold him back. Forget going to your local comedy club or searching Amazon for a book to inspire you.  Peter delivers both and serves it up on a silver platter. If he's ever delivering a speech in your town, go see him and pay whatever it costs.


The Just Because We're Celebs Doesn't Mean We Don't Get Social Media Award
Best Panel
Rick Fox, Aisha Tyler, Jace Hall, Justine Ezarik, Tim Street
This was the final session of the conference and, as such, many folks had already bailed. What a loss for them! This panel was great and the highlight was Aisha Tyler, who brought the house down with her nonstop jokes and antics. Jace did a superb job as moderator (a job that most people stink at!), Tim had all the guys in the crowd with his stories of lingerie models, Justine is iJustine so of course she has a built-in fan base no matter where she goes, and Rick Fox is a genuinely likeable guy who brought the star power.


The Standing Room Only Award
Best Filled Room
Amy Porterfield
Even some of the best attended sessions had empty seats scattered throughout the room, but not Amy Porterfield's Facebook Marketing session! Every chair was filled, people were sitting in the aisles, hugging the walls, and trying to look in the door. Amy knows how to fill a room (and a hot topic doesn't hurt, either)! Give this girl a larger space next time, guys!


The I'm Gonna Use My Entire Marketing Budget To Make You Happy Award
Best Swag
Yahoo!
The Exhibit Hall had lots of companies. Some handed out candy, a few gave out sippie cups, others gave out t-shirts, but hands down the best giveaway came from the Yahoo! booth! These guys knew their audience and weren't stingy. The gave away a canvas tote bag, a t-shirt, and the best part was The Yahoo! Style Guide: The Ultimate Sourcebook for Writing, Editing, and Creating Content for the Digital World book. Five-hundred pages of great info and the most useful conference freebie I've ever received. Kudos Yahoo!


The Going for the Easy Laughs Award
Best Use of Klout Humor
Tom Webster
Klout is a easy target for those in social media. Want to go for the laughs? Mock Klout. However, the way Tom did it was absolutely fabulous! He was talking about how all of our parents remember where they were and what they were doing when Kennedy was shot or when the Space Shuttle exploded. We, however, will all remember the day of the Kloutpocalypse--the day last month when all of our Klout scores plummeted. And the funny part is, if you're in social media, that is totally true!


The Don't Go Home Without Saying Howdy Ya'll Award
Best Connector
Mack Collier
Mack's live #blogchat session concluded with Mack passing around the microphone to everyone in the room and asking them to say their Twitter handle. This was the best value-added move in the entire conference. Turns out there were four people in the room who I had been searching for for three days, but hadn't yet connected with. There were many more there who I didn't recognize by sight, yet knew right away once they said their Twitter name. Had Mack not done that, I would have never known those people were sitting in the same room as me. Nice way to bring your audience together, Mack!

Your turn! Who do you think deserves a BlogWorld Gold Star? What did you enjoy about the conference? And, if you didn't go, will you be attending next year?
Posted by Amber Avines at 1:22 PM