Taking the dog leash off your employees 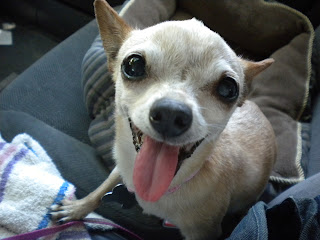 "Ever wonder where you'd end up if you took your dog for a walk and never once pulled back on the leash?" - Robert Brault

When I walk my dog, I let him decide where we go and how long we stay. If he wants to go left, we go left. If he wants to smell a bush for five minutes, he smells. Our walk is not for me, it's for him. He calls the shots. Just because he's on a leash doesn't mean I'm going to prevent him from pursuing what interests him.

Whether you're at a big company or a small one, chances are lots of the staff are on leashes. They can only move so fast, they have to stop when told, they're tugged to go right when their instincts say left. As an employee, you've undoubtedly felt that leash weighing you down some days. But, imagine a company culture where all the employees are allowed to move freely--without that metaphoric leash yanking them back.

Would creativity abound? Would productivity flourish? Would morale skyrocket?

Some of the most innovative companies allow their employees to pursue special projects. Some dedicate a day each month for staff to delve into something that interests them, above and beyond their daily work. Because who knows where they'll end up or what they'll discover, if allowed just a little bit of freedom.

Just like a dog who's allowed to decide the direction and destination on his walk, an employee who's given the ability to pursue something he or she is passionate about can yield amazing results. And, whether you're a dog or a human, who wants to always be told what to do anyway?

If you're the one who holds the leash, go ahead and create some slack in it today. See where the adventure takes you.
Posted by Amber Avines at 7:57 AM