Is Hollywood's High Profile Stabbing a Result of a Social Media Obsessed Society? 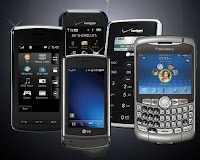 I'm sick of people taking photos of their food, the storefront that they're entering, and every tiny little aspect of their lives. People are consumed with photographing and sharing everything that crosses their paths. It's really kind of OCD if you think about it and, at least, a little self-obsessed.

This month, a woman was stabbed and killed in Hollywood by a group of homeless men after she took their photograph and refused to give them a dollar afterward. This has spurred heated debates about panhandling, safety in tourist areas, and homelessness. However, I have not seen one person mention the issue of our society's obsession with phototaking and how it was the catalyst for this woman's death.

So the verified reports are that the unfortunate victim of the fatal stabbing saw these three vagrants holding signs that were littered with profanity. She apparently was compelled to take a photo with her cellphone to document what she had seen. Perhaps (and I'm speculating) to share on Facebook, Twitter, or Instagram? I mean, that is why most of us take pictures, isn't it? Had she never taken the photo, I think it's likely that the altercation wouldn't have happened and she'd be home safely today.

Not everything you come across has to be photographed. This is especially true of taking photos of people you don't know. Unless you ask someone if you can take their photo, don't do it. At best, it's rude. And it is an invasion of that person's privacy. It's really not for any us to decide to share that person's activities with our social networks. It's their life, not ours. (Of course, people doing public appearances and speaking gigs isn't applicable here.)

My sympathy goes to the victim's family as this was, indeed, a senseless death. That said, I hope people start having a new discussion about this tragic crime; one that addresses our social media obsessed culture and our constant need to share. Are we so consumed with getting likes and retweets that we just whip out the camera for anything and everything? Let's stop the madness here and now.

The next time you take a photo to share with your online networks, ask yourself, "Will I enjoy and appreciate this photo 20 years from now?" If it's a photo of your lasagna, I suspect the answer is no. However, if it's a photo of your kids with Mickey Mouse at Disneyland, the answer is probably yes. And, of course, use common sense when taking photographs; especially of others.

Just because taking photos is easier than ever, doesn't mean that everything is worth capturing for posterity.

Got an opinion? Sound off below.