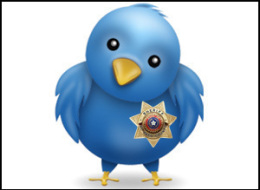 I love Twitter. Yet, sadly, it is the most misused social media platform out there.

When I meet with clients, I almost always have to overcome their initial objections about how frivolous tweeting can be. Unfortunately, there are no shortage of people out there who do nothing but provide daily evidence to support the prejudice that exists. I'm sick of the noise. I've grown tired of the stupidity. Please, my friends, let's stop the insanity once and for all and show all those non-tweeters how valuable Twitter can be.

I beseech you to join with me to outlaw the following Twitter practices. Ok, so we can't really make them against the law, but let's stop doing them. And, let's stop supporting those who do!


Auto DMs
I can't believe self proclaimed social media "gurus" are still advocating this practice to their disciplines. And, yet others just think of this bright idea all on their own. STOP IT! It's not winning you any friends. No one is liking your Facebook page because you sent a link in your auto DM. No one is impressed with your ability to harness automation. It's a sleazy, ineffective, offensive practice and it only shows how little you really know about Twitter.

Formulists
Why are people automating their list making? And, it's not even like they're getting something great out of doing so! "Who My Friends are Talking To" is a lame list! "People Who Listed Me" is equally stupid! Lists generated through Formulists provide no value whatsoever. You get no points for putting together a worthless list (heck, you didn't even do it; a bot did!) and the recipient of your listing gets nothing out of being put on such a pointless list. STOP IT. It's a waste and only makes me think less of you.

Buying Followers
I still can't believe that people do this, but they do. I've seen it firsthand. This is not what Twitter is all about. It's about being real and developing real connections with real people. Do you think I can't see that all your listings are from other people who have bought followers? Do you not realize I can look at your followers and realize they're all garbage accounts? Maybe you're fooling yourself, but you're not fooling me. STOP IT and play fair like the rest of us.

Questionable Contests
We've all seen the tweet: "Leave a comment on my blog and win _____!". However, what I see way too much is people not delivering on those contests. People who say a winner will be announced on a certain day and/or time--and nothin'. No tweet, no post, no comment. Nothing. No winner announced.

I've even tweeted to ask about the winner; silence. I can only assume that the contest response wasn't what they had hoped and they chose to keep the prize for another time. Or maybe there wasn't a prize at all. If you announce a contest, give out the prize! Update your blog to say who won and congratulate the person. Contests aren't just for you to increase traffic to your site, they're for you to create goodwill with your readers. They are not a free ticket for you to mislead people. I know who you are and I'm disgusted. STOP IT.

Food
When I try to get people on the Twitter bandwagon, the number one objection I have to overcome is "Don't people just tweet about what they're eating?" Interestingly, even people who really understand Twitter seem to be compelled to share their eating habits. "Yummm. Carrot cake." Who cares? And do you really need to tweet a link to the TwitPic of your cake? I know what cake looks like! And Foursquare check-ins have made it even worse. "Mmmm. Peach pie (@ Marie Callendars) http://4sq.com/29sktm47". Stop tweeting this nonsense and stop responding to it with "you're making me hungry" or "sounds good". It's noise. Noise at its absolute worst. STOP IT! (The one exception here is if you have a food blog, have published articles about food, or otherwise makes a living through the food industry.)

TrueTwit
In an ironic twist of fate, those who use TrueTwit say they're trying to cut down on spam. I've got news for you, you are the ones creating the spam! Don't send me a DM and punish me for following you by making me prove I'm real. I won't jump through hoops for you. Click on the link to show you I'm a person? No, thanks. I just as soon unfollow you. You're offending people and are the butt of jokes. STOP IT.

Twitter Systems
It's not just the little guys who are offering high-priced systems to help teach you social media, it's also some of the fairly well-known people who are doing it. You don't need to pay $1,000 for some ebooks and videos. If you offer a system or have bought a program, STOP IT. Everything you need to know is out there for free! And there is no shortcut here, anyway. Listen, engage, provide value, be supportive, offer guidance. These are the tools to succeed on Twitter. See, I just saved you $1,000.

What have I missed? What else should be outlawed? Let's get it all out there once and for all and clean up the streets in Twitterland. There's a new sheriff in town and she's ready to start crackin' some knuckles...
Posted by Amber Avines at 9:02 AM