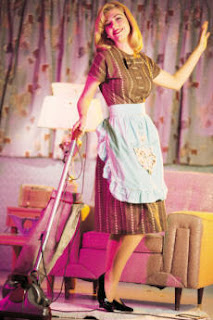 Soap operas are a dying genre, but many viewers are fiercely devoted. With the cancellation of "One Life to Live" and "All My Children", many people are mourning the loss of two staples of daytime television. In a rather unique PR move, however, Hoover Vacuums is giving soap fans a voice and yanking its ad money from the network.

In an open letter on its Facebook page, Hoover's Vice President of Marketing told fans of the show that the company would be pulling its advertising from ABC as of Friday (sooner, if possible). The letter went on to say that Hoover has created a special email account, savethesoaps@hoover.com, where everyone is invited to send their notes of support for the shows. Hoover will act as middleman, and then send all the emails to its contacts at ABC.

Is Hoover hoping the fiercely loyal fans of daytime TV will remember the company's support next time one of them needs to buy a vacuum? Does the VP just really love Susan Lucci's Erica Kane? Or, is this part of a greater effort to create a connection with new customers? Whatever it is, I think it's an intriguing move.

The wall of Hoover's Facebook page is covered with posts from people thanking the company for its stance. Will the company's following on Facebook grow because it's now broadened the conversation to a new audience? Yep! Will current Hoover owners who are outraged over the cancellation of their shows be more loyal to the company? I think so! Is Hoover onto to something here? I believe it is!

One of the things that makes companies successful when it comes to social media is finding out what its customers are concerned about. Do Hoover's customers want to know the best vacuum to get pet dander out of the carpet? For sure. But, just talking about vacuums all the time doesn't make for great social media. What does, however, is remembering that customers have other interests, too. And soaps, well, those are a big part of everyday life for many stay-at-home moms, seniors, college students, and other people who have dirty carpets!

Want to know how to do B2C social media right? This is a stellar example of a company that's creating loyalty, engaging with current and future customers, and redefining the conversation. You don't have to watch soaps to appreciate the effort here. Kudos to Hoover for not just broadcasting out its message about vacuums, but for also paying attention to what's on the minds of its customers.

* Hat tip to @PawPurrry and @CatsPolitics for tweeting out the letter about Hoover.
Posted by Amber Avines at 10:01 PM