Google+ is destroying 1-on-1 communication 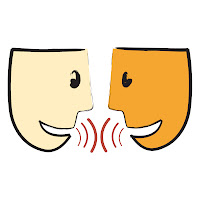 Some of the most important people in my life today are folks who were strangers to me before Twitter. I've nurtured and developed countless personal friendships and valuable business contacts thanks to the one-on-one interaction that Twitter provides. I use the site to establish real relationships.

Send me a tweet? I answer. I send someone a tweet? They respond. Conversation. How beautiful is that?

Although I think this new platform has promise, it's to communication what mold is to bread. Just like Facebook, Google+ utilizes threads. Someone asks a question and lots of people can respond. On Google+, up to 500 comments can be logged. I've seen several posts meet this cap, and others come close. When you comment, you're nothing special. You're one in a long thread of folks. I don't want to be one in a sea of comments. I want to be heard. Don't you?

On Twitter, if you send someone a tweet and he doesn't respond, it's the equivalent of him sticking his fingers in his ears while you're talking to him in person. Rude, right? On Google+, however, a great number of users are getting intimate with their ear wax. "Engage with me, but I'm going to be selective about who I respond to!"

Unfortunately, based on the behaviors I'm seeing on Google+, many people are enjoying collecting comments, but mostly just responding to their "real friends". It's this kind of lopsided interaction that prevents people from creating meaningful relationships and having satisfying one-on-one dialogue. (Of course, this practice may vary based on the number of people who chime in and that person's style when it comes to social networking.) The beauty of Twitter is that it knocked down walls, giving us greater access to people--even important ones. Google+ is building back up those walls, denying many people the courtesy of a direct response. Shutting down meaningful communication and, in some cases, making people groupies instead of equals.

If you have the desire to know me, connect with me on Twitter. Send me a tweet and I'll answer you. Strike up a conversation with me and I'll happily engage with you. If I want to know you, I'll do the same. However, I refuse to be one comment in a long thread on Google+. After all, if I take the time to engage with you, shouldn't you engage back?  Threads destroy one-on-one communication, plain and simple.

I'm a person. Talk with me; I talk back. It's called conversation. I'm not in high school anymore and I'm not going to compete in a popularity contest. I won't be one in a crowd, fighting to be heard or acknowledged. I'm worth more than that. Aren't you?
Posted by Amber Avines at 8:27 AM

New comments are not allowed.