Is a "brat ban" good for business? 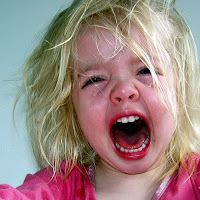 Prefer to watch a movie in the theater without the chatter of restless kids? How about being able to walk down the grocery aisle without a herd of rugrats cutting you off? Rather enjoy a nice meal at a nice restaurant without the bellowing of an infant? What about flying cross-country without an antsy five-year-old kicking the back of your seat? 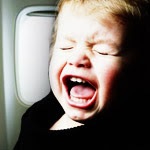 This week, Piper Weiss wrote an interesting story on the no-kids movement. In her piece, she listed an airline, restaurant, grocery store, and travel site that offer kid-free experiences. Some banning kids altogether, others offering customers kid-free hours where they can shop amongst adults. Adweek writer Robert Klara says "brat bans" could change the landscape when it comes to leisure marketing. It's no surprise that childless couples usually have more disposable income than families, and businesses are discovering a way to get that dough.

If my local movie theater offered an adults-only showing of Shrek 4 (c'mon, you know there's gonna be one!), there's no doubt in my mind that I'd choose that over the one open to kids. If my supermarket offered kid-free shopping hours, I probably wouldn't care. However, if Walmart announced a child-free shopping option, I'd be all over that. The way parents let their children scream at the top of their lungs in that place blows my mind. Granted, the parents are to blame just as much as the kids. But, that doesn't make the bellowing any more bearable.

These days, there are lots of niche businesses. Plenty that cater to animal lovers, singles, Christians, gays and lesbians, or other such groups. So, it makes sense that childless couples and individuals could be a profit center, as well. But, are parents going to tolerate being banned? Will they leave their kids in the car while they shop or eat? I think that's a double no.

Back in the 70s, adult-only apartment complexes were all the rage. Mix and mingle at the pool. Get hot and heavy in the jacuzzi. Adult fun. However, after lawsuits from disgruntled families started to hit the courts, those kind of apartment houses went the way of the disco ball. People don't like to be restricted from places. However, would a family have a more enjoyable experience if the childless people who didn't delight in the antics of wee ones had all shopped earlier during the kid-free hours? No reprimands or dirty looks from anyone if their kid did something disruptive?

What do YOU think? Would you enjoy having a child-free option for entertainment, dining, or travel? As a parent, would you be happy to get those people out of your hair or would you feel discriminated against? Is a "brat ban" the next big thing?
Posted by Amber Avines at 7:22 AM