The pitfalls of cussing in the workplace 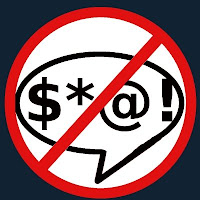 Profanity in the office is unprofessional. It's lowbrow and uncouth. Educated people shouldn't resort to foul language to communicate their unhappiness or frustration. There's a whole world of words out there that don't escalate arguments or take conversations in a volatile direction.

For the last six days straight, the web has been buzzing over the PR agency vice president who called a blogger an effing bee in an email (I've cleaned it up, but the guy used the real f word and b word). If you don't know the story, check it out on PR Daily, Gawker, or Business Insider. In short, his agency made a silly and untargeted pitch to the blogger, the blogger sent a snarky response, the agency rep said they'd steer advertising opportunities away from the site, and then the VP accidentally hit reply all and called the blogger an f***ing b***h (again, the asterisks are mine; he wrote the actual words). Needless to say, the blogger unleashed social media Armageddon on the company and the backlash against the agency has been mind blowing.

Industry publications have latched on to this story, calling out the veep and using the exchange as an example of how not to engage with bloggers. However, let's look at it another way. What if the guy hadn't cussed? Suppose he had said any one of the following things instead:

These four little words have turned this guy's world upside down. He's deleted his Twitter account (probably to avoid hostile tweets) and been lambasted throughout the industry. If he had shown his displeasure with the woman and the situation without resorting to profanity, I honestly think this would have played out differently. There's just something about those two words in particular that can blow a disagreement into a full-fledged battle.

Am I being naive? Perhaps a little too wholesome?

Does cussing not matter in today's world?
Posted by Amber Avines at 1:29 PM