The future of advertising is viral 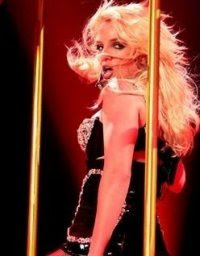 Britney Spears has more than 2 million followers on Twitter and is ranked #3 overall (just behind Ashton Kutcher and The Ellen Show). No wonder she's been tapped to tweet the wonders of the Candies clothing line.

In an effort to go a less traditional advertising route, Candies has embraced social media for all it's worth. The company's pick of Britney, who already has a massive Twitter and Facebook following (almost 5 million combined), goes to show that big business believes in the power of the people. No doubt, launching a viral campaign can create buzz around a product like nothing else. Seriously, who gets excited over a static print ad anymore?

The old school TV commercial started airing today on MTV, but for young, hip girls who idolize Brit, this is old news. They saw a preview of it last week, thanks to a sneak peak that was posted exclusively for her followers.

Is this the future of advertising? You betcha!
Posted by Amber Avines at 12:56 PM